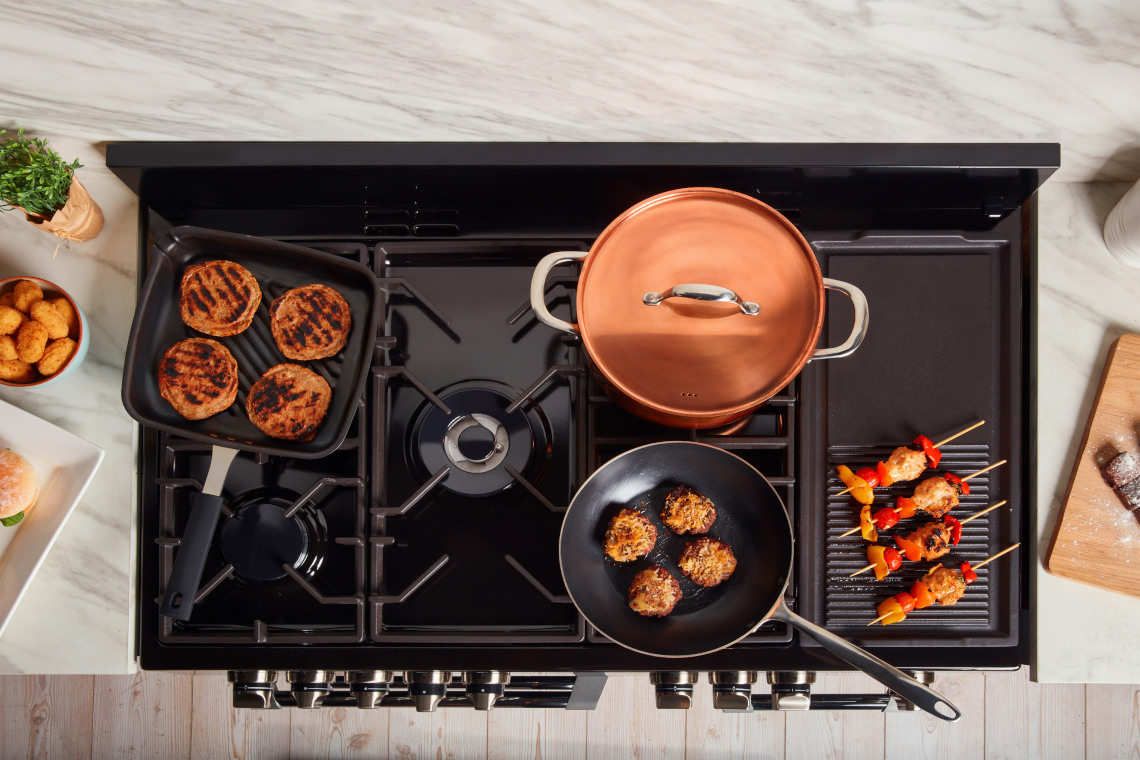 How many hobs do I need?

How many hobs your range cooker needs really depends on the size of your household, how serious you are about cooking, and how often you plan to be entertaining.

The first consideration should be the size of your family. For a small to medium-sized family or a larger family who prefers to cook simple meals, a four-burner hob will be suitable.

For bigger families or home cooks who like to cook more extravagant meals or entertain guests, a six-burner hob not only allows more pans to cook at once, but also offers more space to hold food that has finished cooking without taking up counter space.

Want to find a range cooker with the perfect number of hobs for you? Take a look at our range cooker selector tool to choose your ideal model.

The Types of Hobs

The different types of hobs available on range cookers include induction, non-induction electric, and gas. Each has its pros and cons, and ultimately the hob type that’s best for you will depend on factors like safety, time and appearance, as well as whether an induction hob is compatible with your existing pots and pans. 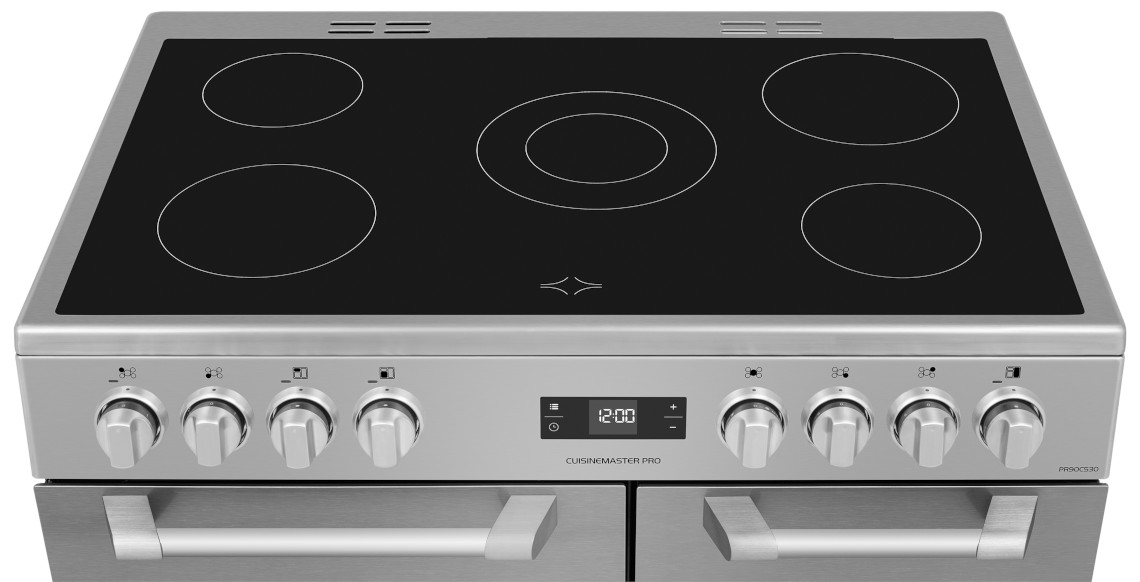 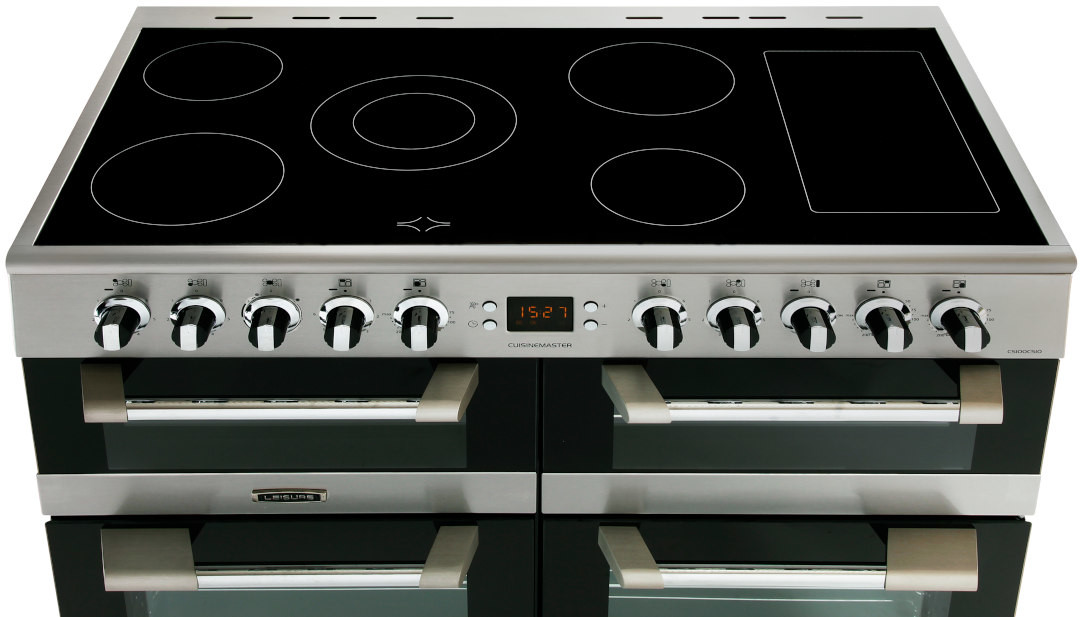 Induction hobs work by using coils beneath the surface to only heat the surface of the pan instead of the hob itself. This means they are safer because there is no flame, the surface stays cool to the touch and the burners automatically turn off when the pan is removed. By only heating the surface area of your pan is heated on an induction hob, the rest of the cooking zone remains cool, helping protect you and your family from burns. They’re also more energy-efficient (and therefore cheaper), easier to clean because spills don’t get cooked onto the surface, and heat cookware faster so overall cooking time is cut.

There are a couple of drawbacks, though. Induction hobs only work on pans with bases that contain iron, which makes them magnetic. To test if your pans will work, simply hold a magnet to the bottom of the pan – if it sticks, you’re good to go! If your current pans don’t contain iron, buying an induction hob will also incur the extra cost of buying new pans.

Induction hobs also use magnets, which means they aren’t suitable for people with pacemakers, so if you have a pacemaker you will need to consider an electric or gas hob range cooker instead.

Electric hobs are a flat ceramic cooking surface with heated elements fitted on the underside. They generally have four or six cooking zones, which glow red when they’re hot so you know when the surface is safe to touch.

Electric hobs have the benefit of being easy to clean thanks to the flat surface and could be considered more child-safe than a gas hob as they don’t use a flame. There is also a range of price points available so they can be as budget-friendly as you need them to be.

The main drawback of electric hobs is that it is much more difficult to control the temperature, as the element takes time to adjust when you change the temperature using the controls. Electric hobs also take a long time to cool down, which can pose a safety risk.

Gas hobs are a very popular option, comprising burners with rings and a grate covering the tops which pots and pans rest on.

The main benefit of a gas hob is the ease of controlling the temperature; it’s as simple as turning a knob to control the intensity of the flame. It’s also easy to swap your pan to a different-sized burner if the one you’re using isn’t achieving the results you want. The heat distribution of a gas hob is often considered better than electric as well.

However, gas hobs are much trickier to clean, as they have to be taken apart and there is the risk of an uneven flame if the burners aren’t put back correctly. They also tend not to look as sleek as induction or electric hobs. 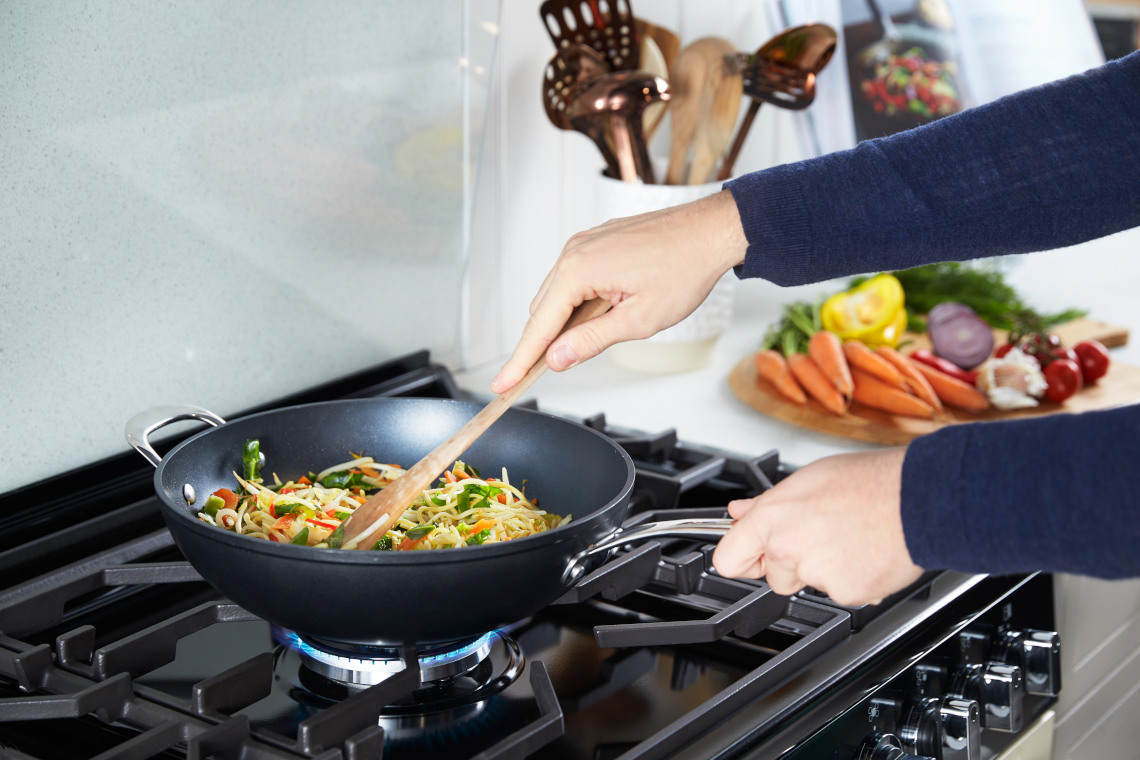 Wok burner hob: Is it worth it?

Wok hobs are a common feature on higher-end gas hob range cookers. They have two flames, with a small burner to focus heat in the middle of the wok and a large one around the outside to heat the sides of the pan.

If you’re someone who is keen on authenticity, or who likes cooking to impress guests, a wok hob will create the searing heat that gives East Asian cooking its signature flavours. If you’re a casual cook, using the biggest burner on your hob will usually suffice, as the shape of a wok is designed to conduct and hold more heat than a typical frying pan or sauté pan anyway.

Which hobs are easiest to clean?

The easiest hob type to clean is induction, because they have smooth surfaces which are easy to wipe down, and don’t use direct heat which means spills don’t get cooked onto the stovetop. The heating system also means that you don’t have to wait for the hob to cool down before it can be cleaned.

The next easiest to clean is electric, carrying the same benefits of a flat surface as induction but introducing the issue of heat, meaning that if spills aren’t cleaned up quickly they risk getting cooked on and being tougher to remove in future.

Finally, gas hobs are the trickiest to clean, because they involve removing parts from the stovetop and tend to have holes or bumps that can be difficult to clean around.

Which hobs do dual fuel range cookers have?

Dual fuel range cookers use both electric and gas, usually combining an electric oven with a gas-powered hob and therefore representing ‘the best of both worlds' for many people.

You will be able to install a dual fuel range cooker even if you don’t have a gas supply because many come with an LPG conversion kit that lets you use gas bottles, although you will need to consider where you will store the gas bottles and how they look in your kitchen while using them.

Which type of range cooker is right for me?

Our range cookers include different types of hobs to suit your needs and fit perfectly in your dream kitchen. You can search by style, size and fuel type to find the best range cooker for you! Explore the full range or try our range cooker selector tool to discover your perfect range cooker.

Seen a cooker you like? Of course you have! Simply click “Buy” on the product’s page to find out where to go to make it yours.